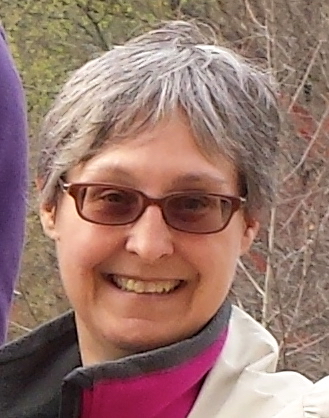 Ann Roseberry Lincoln is the owner of ARL Dog Sports and has been an NACSW™ Certified Nose Work Instructor since 2017. She has trained six of her own dogs in canine scent detection, using NACSW™ methods. She has also coached a number of competitive teams, and many others who just wanted to enjoy a scent detection work with their dog. If she had a tail that she could wag, it would wag every time someone told her about a moment that brought them great joy when performing a search with their dog. Ann has been interested in dog behavior from an early age. In high school, she submitted a paper for her psychology class testing the hypothesis that dogs express emotions, with photographic evidence of her own dog. Her paper received a failing grade, since the prevailing belief at the time was that no animal aside from humans could possibly experience emotion. Nonetheless, she continued to love working with dogs and became thoroughly hooked on training after adopting her reactive dog, Gwin, in 1999. Gwin also was the dog that hooked her on nose work in 2010. What was so special about nose work? As Gwin became older, like all older dogs, her body started to fail her Often when Ann asked Gwin if she wanted to go for a walk, Gwin would go to her crate. But, if Ann asked if she wanted to go to nose work class, Gwin would go to the garage door. If a dog gets so excited to search that it's more important than a walk, what's not to love about it? Since then, Ann has trained and titled a number of dogs in NACSW™ nose work events.  Although Ann hated physics in college, she is fascinated by odor movement. Her formal education is in biology, chemistry, and environmental science, and by day she conceals herself as a mild-mannered data scientist. This scientific mind and sense of curiosity helps her to break down odor problems for both dog and handler to succeed and understand the problem and solution. Ann also has a strong background in positive reinforcement training and dog behavior, having graduated from the Marin Humane Society Advanced Dog Training Academy in 2001. In addition to nose work, Ann trains her dogs in sheep herding, another sport that requires reliance on the dog’s natural abilities.